Chewy wanted to get in one more book review before the July 4th weekend, as the fireworks are too stressful for him to concentrate on being a respectable book critic.  So before he finds a spot under the bed to hide for the next four days, he churned out this review of Mirrorfall by Grace McDermott. 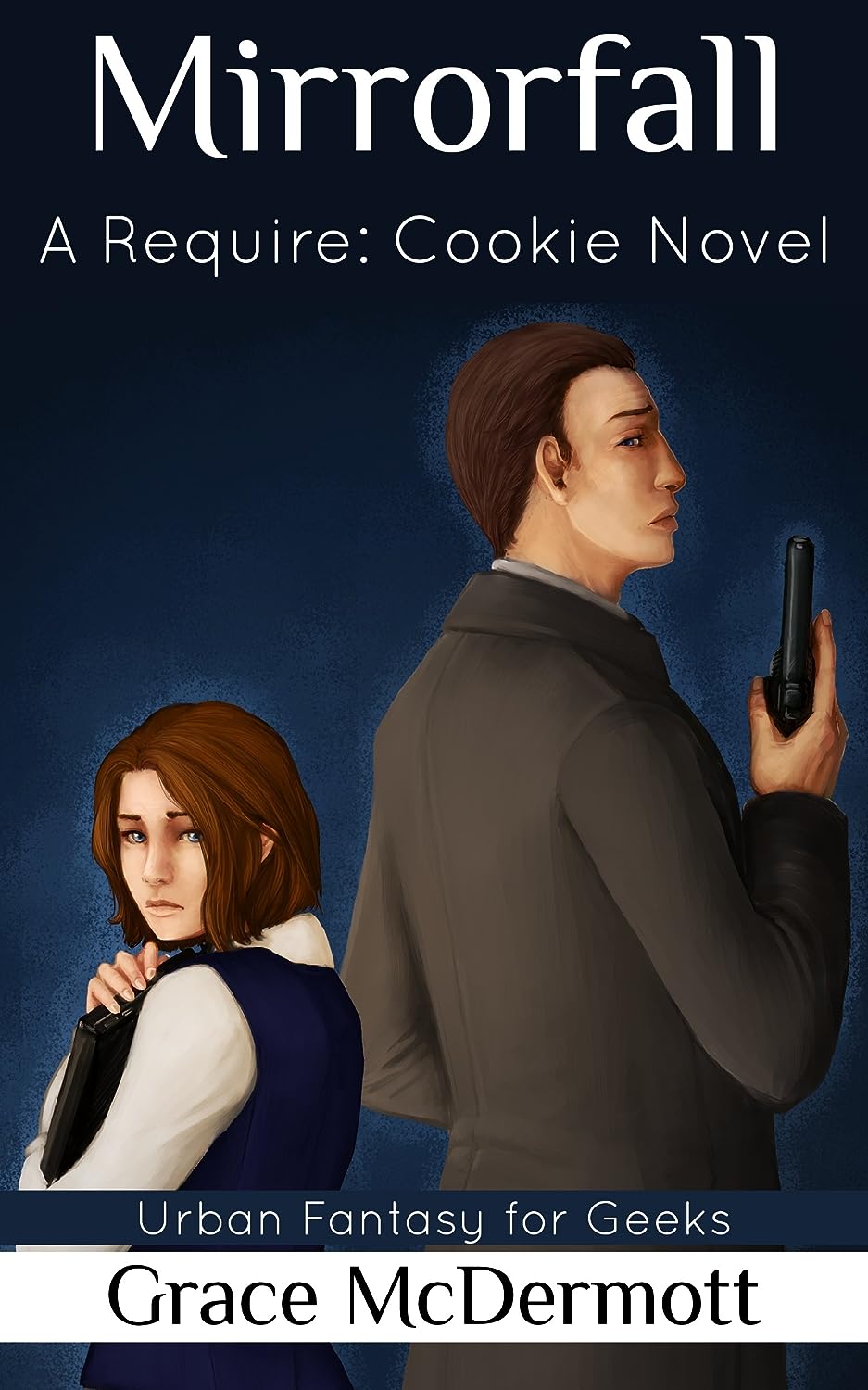 I like Stef. She’s usually covered in crumbs, this is a good trait in a potential master.

She also smells a bit, this could be a human-y attempt to communicate like a civilised animal.

Stef is small, and acts a bit like a rabbit – ready to run away or hide in a corner. Which is probably good, there’s a lot to hide from. Like monsters.

Stef find out about magic – took her long enough, humans can be slow on the uptake.

I think the agents would taste funny to chew on, since they’re not human.

Stef – crumbs and all – gets adopted by an angel, so that she’s not alone any more.

Now she just needs a dog to eat up the crumbs, and she’s all set.

Who is the Sith Witch?

Julie Ann Dawson is an author, editor, publisher, RPG designer, and advocate for writers who may occasionally require the services of someone with access to Force Lightning (and in case it was not obvious, a bit of a geek).

Her work has appeared in a variety of print and digital media, including such diverse publications as the New Jersey Review of Literature, Lucidity, Black Bough, Poetry Magazine, Gareth Blackmore’s Unusual Tales, Demonground, The Philadelphia Inquirer, and others.

In 2002 she started her own publishing company, Bards and Sages. The company has gone from having two titles to over one hundred titles between their print and digital products.

In 2009, she launched the Bards and Sages Quarterly, a literary journal of speculative fiction. Since 2012, she has served as a judge for the IBPA's Benjamin Franklin Awards.